Spending 3 days in Mannheim and somehow I did not have the feeling that I was travelling. Probably the comfort zone I got from seeing people I know made me feel more at home and I was still in Germany. In Mannheim, I stayed over my best friend’s house and he also gave me a tour around the city. The weather was absolutely pleasant during my stay and couldn’t ask for more. During my stay, I also got involved in a charity event organised by the Leo Club Mannheim by being the photographer for the event. 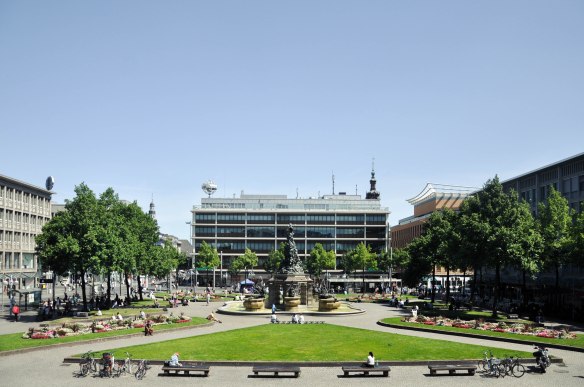 I left Mannheim on 12 July. I was picked up by H – who I have known for almost a year now. He kindly offered me a ride to Heidelberg and a place to stay. It is not a big distance to Heidelberg from Mannheim. However, how amazing that these 2 cities are so close to each other but so different from each other. Mannheim is considered an ugly city, and shadowed by the charming well-known Heidelberg. Somehow true! My eyes were wide open the moment I reached the city. The scenery was almost comparable to those described in fairy tales.

It was a great idea to spend my birthday day in this beautiful place. The first thing I did was climbing to that famous castle – Schloss Heidelberg. The castle itself is not that special but the view from the highest point is priceless. I looked over the other side of Neckar, all houses seemed to be swallowed by the giant green monster. Standing there I wished to play princess waiting for my charming prince.