If you have to rate from 1 to 10 how big a meat lover you are, I would probably call myself a 9. I have tried being a vegetarian for some times but it never worked because there is a thing that makes you unable to quit and it creates the addictive energy needed for my body. If you say vegan people are boring, I would deny. Besides the fact that their vegan routine is some kind of a religion and they are the pickiest people, I pay my respect to people who are able to create food with only vegan products. It requires a great creativity and a wide knowledge in flavours in order to create a good plate on the table. My seek for that vegan adventure has landed in Gratitude – a vegan restaurant known by its amazing culinary and creative vegan dishes made with only veggies. 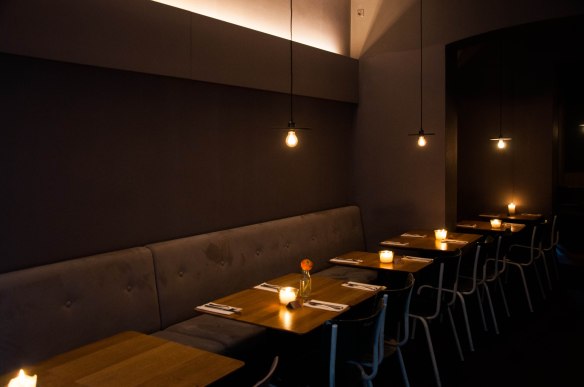 After three years since it first opened, Gratitude is now being managed by Patrick Janoud – who has had 5 years in the gastronomy world. As a vegan himself, he shared with me how passionate he was with green products. “I enjoy eating and serving clean food. That’s why Gratitude only serves food vegetables based” – said Patrick. Coming from the environment of working with food since he was little, the help from his father’s food truck got him inspired and has brought him standing today at Gratitude. The rush in the kitchen is the main energy keeping him going. If the man loves working with food and pays so much respect to the food and its quality, what he brings on the plate would be something that people should be excited for. 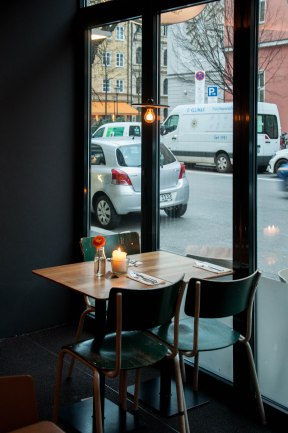 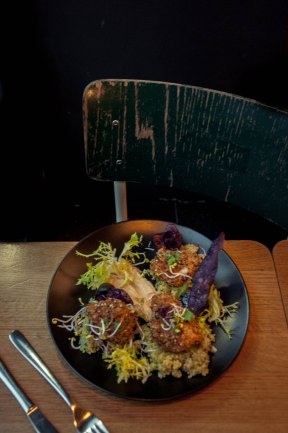 I arrived ten minutes before the opening time for some light to get some photos taken and to have the chat with Patrick. This place is a cosy space with some simple but tasteful pieces of interior. Customers came in quite early and in a blink, the restaurant was totally filled up. I did not expect that coming but I could tell how popular this place is and how many people actually either are vegan or interested in this kitchen. I started off with a glass of Chenin blanc “Les Bouillon” to freshen up while waiting for my order to come. The business seemed running very well and quite hectic on that Saturday evening. After observing for a while, my main course came beautifully to my seated table. I’d heard so many people talking about the food here that made me have quite an expectation for this visit. Crunchy looking deep-fired Frisee was sitting on top of green quinoa with Vitelotte on the side decorated with a touch of purple from violet potato slices and creamy white from the celery cream. It was certainly playful to look at. But we all look for the “what does it taste like”. To me, the only question I had was how it could be different from other vegetarian dishes, how it could be lifted to another level when the only ingredients are veggies. That is the tricky part in cooking with only vegetables because you need  play around with different taste to make it more flavourful. The first bite on Frisee was somewhat doubtful – that crunchiness of the breadcrumb cover complimented the main taste of the dish with that bit of sweet- and sour-ness in celery cream, which gave me a playful mouth of wonder. I might not like the deep fried taste but the quinoa balanced it all somehow. The celery cream got the strongest statement on that dish which I enjoyed the most. One element on that plate I had never tried before was Vitelotte – potato flavoured but purple and rich texture. Interesting and delicious – something that I would go for over and over again. 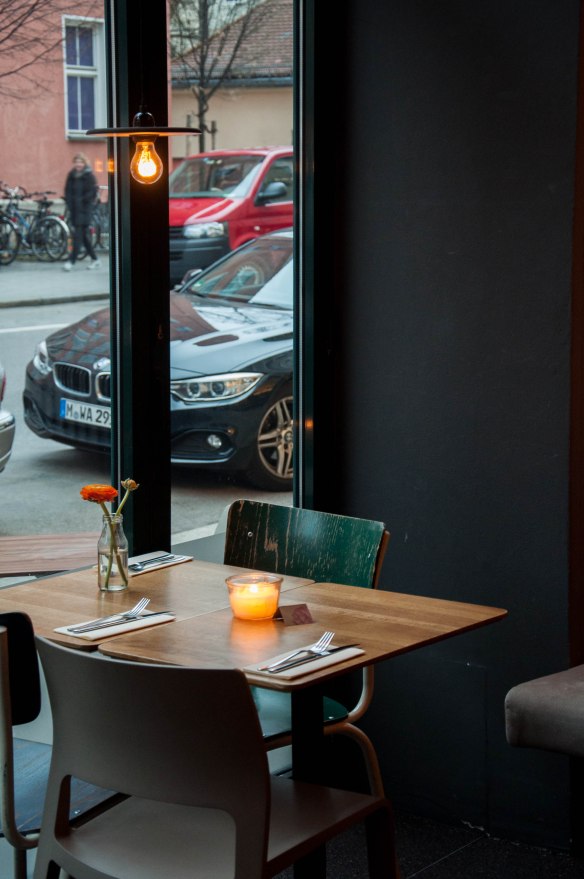 If vegan kitchen can be so exquisite and creative, why wouldn’t you say no to that? I am not going to turn myself in anytime soon to this religion but I have no excuse for not having vegan food more often. Eating clean is a goal that we all should try to reach. And Gratitude could lead you there right, and certainly there is nothing boring about it.