It was a right decision to have my weekend in Bangkok. Being here at its craziest time was kinda cool. I stayed in a French guesthouse located in a small alley between 2 busy roads – Rabuttrim and Khao San but I still got my quiet nights. 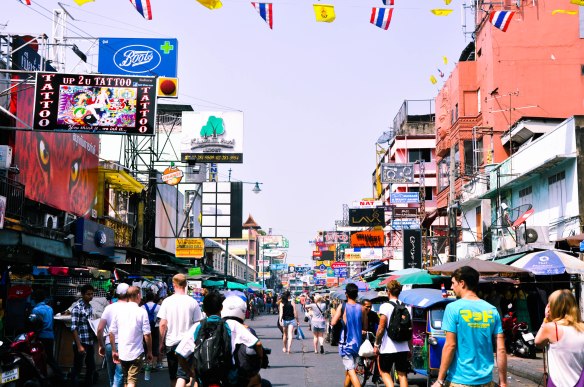 Khao San Rd is known as the street of crazy night parties. I hadn’t had anything in my mind what to expect. Then, I was there. I was lost in a crowd of people at 11pm on a Friday night. The whole street was packed of people. Music was on. Some bars seemed like having a competition of who has better and louder music. Along the street does not only have bars and beers but also many food carts. Pad Thai, Coconut, and ‘insane’ insects. Just being here that I know why people say Bangkok is crazy. I was surprised by some businesses that Bangkok offers. Maybe a bit overwhelmed of what was actually moving around me. At one moment, people were all on the street dancing. Beers in hands, smile was on each face. My eyes were caught up at some lady guys dancing and trying to get a ‘customer’. Then the clock ticked midnight, police came from all directions and tried to shut all the bars down. Oh well, it was some kind of an act, I supposed. The moment the police were away from the spot, the music was on, people danced, again. The night life on Khao San just went on just until 2am. Bars were closing. However, the party seemed not over yet. A Sunday night, I hit a club for a pre-fullmoon party with N. The night of a Sunday night seemed not much a difference from other nights of Khao San. The party was over at 2.  For us, it was not nearly an end. In fact, the business of Bangkok’s night life is just started. N and I asked around for an after party and in fact, we got into a tuktuk for just 40BHT to get there. Quite a price huh? It was a 20 minute ride around Bangkok to get to that place. We were waited somehow. The amount of people any Tuktuk of Taxi bring to the club will be written down on a paper and I suppose they will have a share from that. At that moment, we realised why the trip was so cheap. Anyway…

Besides all the crazy party nights, the noise from the traffic, Bangkok has its quiet side. I spent a day walking along the riverside. Hopped on a boat and went to most attractions. Strolling around for awhile in the extreme heat of Bangkok… After a while, I found myself lost in an area that there was no tourist. ‘Bangkok could actually have a place like this?’ – I questioned myself. I was looking for shadow to hide there for a bit and led to a small temple. It was just a plan to dry my sweat but I stayed a bit longer sitting in the quietness. It seems pretty hard to find a quiet place in Bangkok because of all the traffics. And there I was, still! Most temples that I visited in Bangkok, they are quite touristic. Having a moment being surrounded by no one but the still were rare.  Time passed and time to move on.

I didn’t have a chance to explore more areas of Bangkok. However, I was there few years back so I didn’t really miss anything. But great thing, I got an opportunity to meet up with a friend that I met in Hanoi three and a half years ago.

From here, I was off to Koh Lanta! 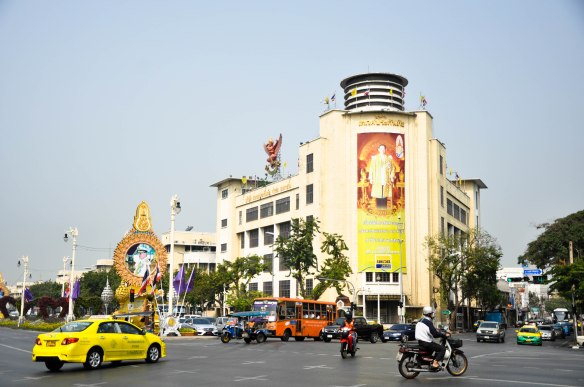 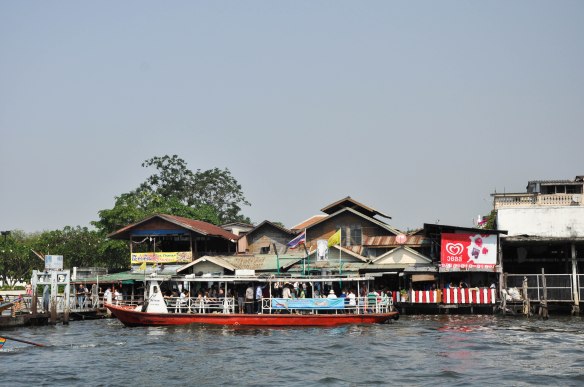