When you’re in Utrecht, paying a visit to the Dom Tower is a must. It’s the highest church tower in The Netherlands and from where you can see perfectly the whole city. It was a different experience for me since I lived in this city. I saw where I used to live, where I normally hung out with friends, I knew exactly where is where… It gave me such a great connection with this city. 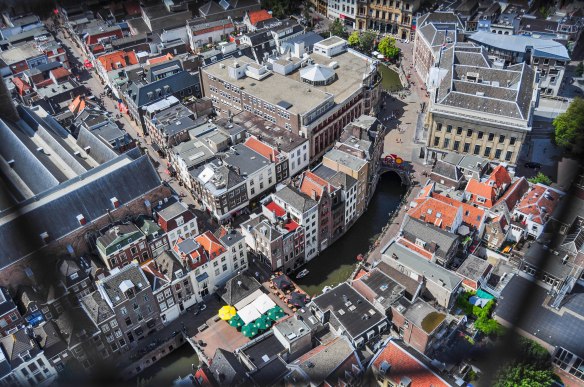 The Dom tour was actually really nice. I have been to many towers but this tour gave me a great impression. You could easily purchase the tickets at the tourist office which is just next to the Dom. There is a guide that gives you a tour in the Dom and to the top of the tower.

The Dom from the inside is definitely charming. There is still the coziness but with a touch of glamour. The structure of the building inside is designed nicely with the absence of visible buttresses. The light coming in brightens up the place and gives a sparkling effect in the Dom.

The tour led me to different sections of the Dom. First stop was the private chapel. Here it is possible to organise a wedding in the tower. Second stop was the Bell room. Climbing few more hundreds steps, I reached the top of the first tower block. You are able to see Utrecht from here already but the view is edged.
(Tips: don’t wear short skirt because it’s very windy up there)

The last stairs I gotta take are getting narrower. If you have the fear of narrowness or springlike stairs like me, prepare yourself before you go up. But it’s definitely worth climbing up there. You could see the whole Utrecht perfectly – Oudegracht canals, train station, theaters, etc. I could even spot where I used to live and where I am living now. For tourists, the feeling could be different from mine. It could be the excitement of being on the top of the tallest church tower in The Netherlands, or of seeing how cute this city is. For me, I felt connected. Especially knowing that I am leaving, I was so happy when I was up there having a review of my time being here in Utrecht. 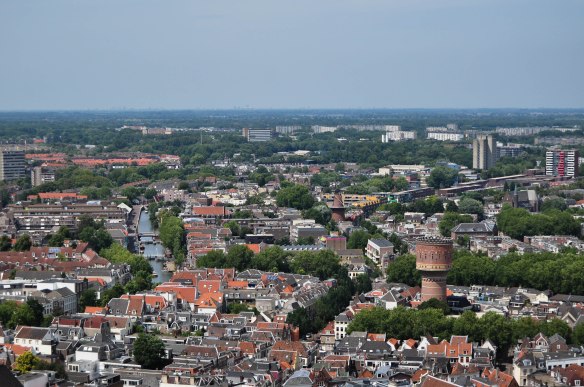 About the Dom Tower of Utrecht

It is the tallest church tower in the Netherlands at 112.5 metres in height. It was supposed to be a cathedral but it was not fully completed because of lack of money. Therefore it became a free standing tower. It is now a signature of Utrecht city.

If you’re lucky being there on a clear sky day, you will be able to see Amsterdam from the Tower.

What can you do in Utrecht? Check it here

11 thoughts on “The Netherlands: The Dom Tower of Utrecht”