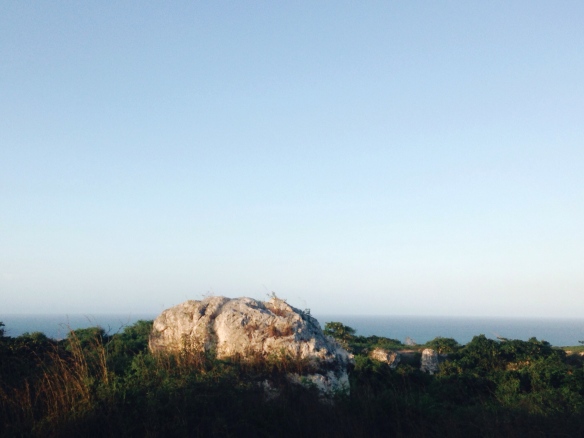 Photo taken in between Varadero and Matanzas

After staying up 11 hours on a plane of Thomas Cook without entertainment, I was wondering if they were giving me the preview of Cuba. There had been too many stories about Cuba that triggered my nerve and certainly for my other fellow Internet addicts. One hour delayed meant one hour later on arrival. It was already 8 in the evening by the time I finished all the migration process. So now what?

It was not the first time I travelled to a place without an accommodation but this place is different from all countries I have visited. Landing on a Spanish speaking country with a minimal Spanish vocabularies that I learned from Andalucía, would that help me during this trip? Ironically, I did not even have to start showing my Spanish skills because seemed like people speaking German around here. My eyes were seeking for people who could share with me the cap ride. Saw some guys agreeing quickly on the deal $40 to the centre made me giggle a bit while other taxi drivers were offering me $25. They could never make me pay the price because I did my research. I met Ulrike and a half German dude, and we quickly decided to share a taxi to go into town. By that time, everything was hiding behind the black curtain but then a cow appeared in the middle of nowhere, and a family of pigs tried to cross the road.
“You have no casa at all?” – Ulrike asked me with a full of surprise
“I decided shortly to come here so no preparation for that. I have no credit card to book anyhow” – It is always awkward to tell people that I do not own a credit card because that sounds strange to some people knowing me travelling so much. Anyway, I have always managed.
“You are crazy. When I booked a casa, everything was already booked out in October”.

She made me nervous but somehow I was still certain that there would be something for me. And there was! I just followed Ulrike to her home stay of Bessi on the Calle 44, and after a few calls, I had a room for myself.

My tummy was growling for food because the cold Chicken Schnitzel on the flight was unacceptable. I strolled down on the street around 10, tried to find something to comfort my stomach. It was not difficult to find the way around this town because all streets are named by numbers serriedly and each block has about 5-6 houses. One thing I recognised in this town was that I was surrounded by tourists, a lot of them. Something that we don’t like but we cannot say anything about it because we are seen tourists ourselves. However, this place seems to be made just for tourists. Every house runs the casa particular business (local home-stay) and each hut in the block is built up to offer something tourists. I caught my eyes on a group of people gathering in an alley. They were local, there must be something there. A food vendor selling comidas was what I had been looking for. I was dying to try some Cuban food around here. There were about 6 different dishes listed on the board and I had no idea what they all were. Basically, I just took what other people ordered. The price was a bit confusing  with such a huge number on the board but I actually only had to pay a small amount in CUC. Turned out, those vendors offer food for local and the price stated is in CUP. How strange is that! Two different currencies – one for locals (CUP) and one for people like me called tourists (CUC). Anyhow, I was happy eating my bistec comida of rice and black beans, a big piece of pork steak and some slaw on the side. Two bucks for that, nothing to complain!

And since then, whenever I saw a big price for a small product, I knew that was the local price in CUP, and that was how I spotted local stands.

1 thought on “Cuba: Landed in Varadero”